All natural energy in the universe comes from nuclear reactions

A subtle but significant misconception is that solar energy is not nuclear energy. The reality is quite different. All stars, including our Sun, produce their energy from fusing the nuclei of smaller atoms together to make the nuclei of larger atoms. Our Sun is a middle-aged star, so nearly all of the energy produced comes from the fusing of Hydrogen nuclei together and making Helium nuclei. Some Helium-Hydrogen fusion occurs, as well as Helium-Helium fusion, but both are but a very tiny fraction of the total fusions in our Sun. 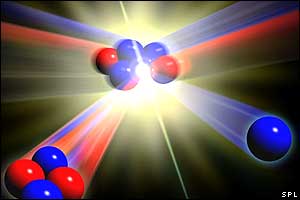 When fusion occurs, a minute fraction of the atomic masses of the two nuclei being fused is annihilated into pure energy, as demonstrated by Einstein’s famous formula E=MC². It actually takes some thousands of years for this energy to migrate out from the core of our sun to the surface and be released into space. More than 99% of the released energy from the Sun is a weak form of gamma radiation, or what we more commonly call sunlight. This makes all sunlight nothing less than nuclear by-product material. Solar energy is actually nuclear by-product energy.

Wind energy is formed by the uneven heating of our atmosphere by solar radiation. Thus, wind energy may be correctly understood to be an indirect result of solar nuclear by-product material. In fact, all weather on our planet owes it’s existence to solar nuclear by-product material. Even fossil fuels can be understood as solar nuclear by-product material which has been stored for millions of years in decay-transformed plant chemistry (coal and oil). Literally, all forms of energy we have at our disposal are the result of the energy made in the natural nuclear reactions of our Sun.
One other common misunderstanding concerns the existence of radioactive elements we find everywhere in our world, breathe into our bodies with every breath, and eat in our foods with every meal. Stars do not only make gamma radiation, but also a number of radioactive elements releasing two other types of radiation. In total, there are no less than 29 naturally-occurring radioactive elements, containing more than 40 radioactive isotopes, to be found in our world. Most of these radioactive elements come from ancient super-novae and have been spread throughout our galaxy, including Uranium, Thorium, Radium, Bismuth, Polonium, Protactinium, Radon, Lead and Plutonium. In theory, all of these radioactive heavy elements were originally Uranium isotope 238 (U-238) spawned by the ancient supernovae. U-238 is radioactive and its decay chains, over billions of years, have produced the rest of these very heavy elements.
Naturally occurring Plutonium has an interesting place in all of this. The incomprehensible force produced by supernovae releases a high concentration of free neutrons as well. About half of the freshly made U-238 in a supernova absorbs some of these neutrons and through two relatively rapid radioactive (Beta) decays becomes Plutonium isotope 239 (Pu-239). Plutonium has a relatively short radioactive half-life (compared to the age of a star) of 24,000 years. After no more than 10 half lives after it has been produced, a radioactive material has literally decayed itself into oblivion. It’s gone. All the primordial Pu-239 that was originally part of our planet was gone after about 250,000 years.
As it turns out, Pu-239 decays to U-235, with a 700 million year half life. 4.5 billion years ago, there was about 60 times more U-235 than we have today The initial U-235 has decayed for a little less than 7 half lives, leaving but a small fraction of the original concentration. This is why we have a tiny fraction of all existing Uranium in the isotopic form of U-235, with no remaining Plutonium. Plutonium has too short of a half-life to be around any more, and the natural radioactive decay of its "daughter" isotope, U-235, has contributed to all the current levels of the rest of above-listed naturally occurring radioactive isotopes we find today. They all literally owe their existence to primordial Plutonium. Because supernovae happen regularly, throughout our roughly 200-billion-galaxy universe, Plutonium can now be understood as a naturally occurring element in our universe, contrary to traditional belief.
But the heavy, Uranium-spawned elements we find in our environment are not the only naturally-occurring radioactive elements we encounter. One of the most common is an isotope of Potassium, a necessary mineral for human life and health. To be specific, Potassium isotope 40 (K-40), which is generated from collisions between cosmic rays and some of the molecules found in our upper atmosphere. This isotope comprises but one tenth of one percent of all the Potassium on our planet. Because of it’s long half-life (1.3 billion years) K-40 has not decayed into oblivion, and won't for about another 9 billion years. Further due to its relatively high abundance in the soils of our planet, Potassium is literally found everywhere. K-40 is uniformly mixed in with the non-radioactive isotopes K-39 (which comprises 93%) and K-41 (at a bit less than 7% abundance). Mother Nature does not segregate them from each other. So, when we eat a potassium-rich food, such as bananas or broccoli, we are ingesting enough K-40 to potentially set off the ultra-sensitive radiation monitors in most nuclear power facilities. Two bananas will definitely do it. (It happened to me) Potassium is also found in milk, all dairy products, and just about every form of fresh green produce found in the grocery market. Ubiquitous and invisible, yes. Also, unavoidable.
One other commonly ingested naturally radioactive element is Tritium (Hydrogen isotope 3; H-3), found in trace amounts in all surface waters and almost all drinking waters. Once again, Mother Nature does not discriminate between the radioactive and non-radioactive water molecules on our planet. We drink tiny quantities of H-3 in every glass of water we consume. Add to this the small concentrations of radioactive radon gas mixed uniformly into the air that we breathe, and we reach one inescapable truth; everywhere we go, everything we do, and everyone we know (including ourselves) is naturally radioactive.

MOTHER NATURE IS A NUKE! 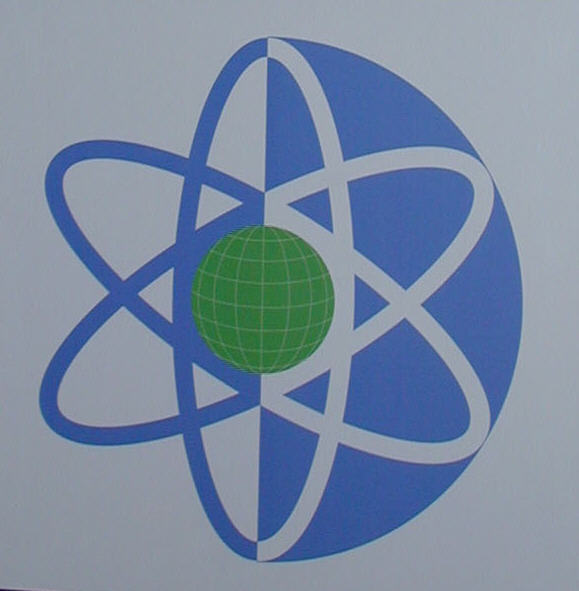 Next - Then Uranium explosive myth https://www.hiroshimasyndrome.com/the-uranium-explosive-myth.html